This Year, ESN Belgium has decided to celebrate the 30th Anniversary of Erasmus+ with exchange students from all over the country. Erasmus Gala Night will take place in BOZAR on 30th November 2017, in collaboration with the European Comission, AEF-Europe & EPOS vzw!

What can you expect from this National Event? A Gala performance starting at 8:00 PM, a cocktail dinner and a Gala Party with the bests DJ's! ESN Belgium will also provide transportation from every major Erasmus cities in Belgium (round trip).

For 4 years, ESN Belgium hasorganised a national trip to Amsterdam during the first semester. Amsterdam is a classic citytrip to do when on exchange in Belgium and cannot be missed. Going with hundreds of international students from all over Belgium only makes it all the more special.

The trip was organized for the first time in 2013 and was very successful. During the days there was a city tour and various optional activities. At night there was a red light tour and pub crawl the first day and a big party the second day.

Last year the event became even bigger and better with a whole hostel reserved for ESN and the participation of ESN Luxembourg and some French sections. After arrival on the first day there was a city tour and in the evening a Halloween party in cooperation with ISN Amsterdam. The second day began with various activities in the city organized by the section coordinators, such as a bike tour and visits to museums, and ended with a Traffic fluo light party at the hostel organized by ESN Belgium.

In 2017, ESN Belgium decided to organised an Erasmus Gala Night instead, to celebrate the 30th birthday of Erasmus+. 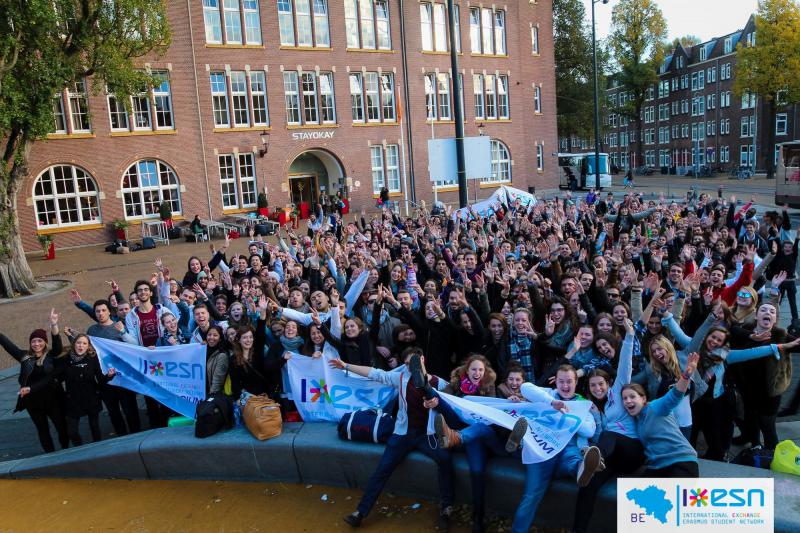